Trains have been used to transport animals/livestock since the early 1800s, while the transportation of livestock via trains (rail cars) has improved over the years, it has always been heartbreaking to see hundreds if not thousands of cattle, pigs, sheep left without food and water for 24 hours or longer, many times in freezing conditions, with some exceptions, before being off-loaded to be slaughtered.

The answer is: No, trains do not transport animals/livestock anymore.
…and that’s a good thing!
Let’s see why.Between 1830 and 1860, livestock was transported in slightly modified boxcars, equipped with iron-barred doors which would allow fresh air in the car. 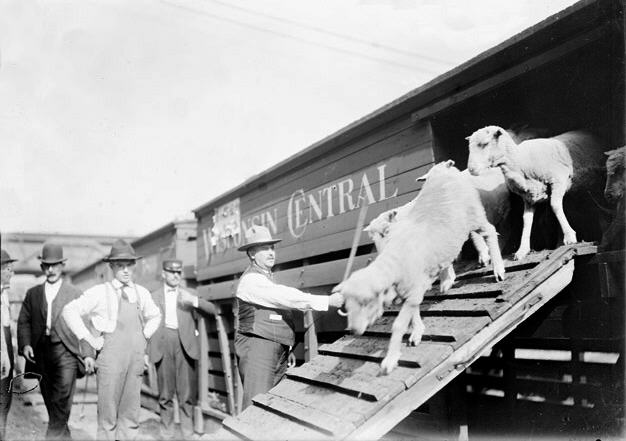 Later on, in the 1900s, livestock transportation via trains improved, not as much for the animals but for the railroads, with larger, two or three deck carriers, which greatly expanded the loading capacity of each car.
It is worth mentioning that some railroads in order to receive more business, have incorporated built-in watering systems on their livestock cars, as well as vented panels on the sides of it, however many of these improvements haven’t happened until late 1960s.
It is a fact that many animals died while being transported via railcars, high level of stress, poor nutrition and hydration, has contributed to a staggering 6% death rate for cattle and 9% for sheep according to a congressional inquiry. Out of 1000 cattle, on average 60 would perish due to the poor conditions, while their carcasses would be thrown along the side of the tracks. 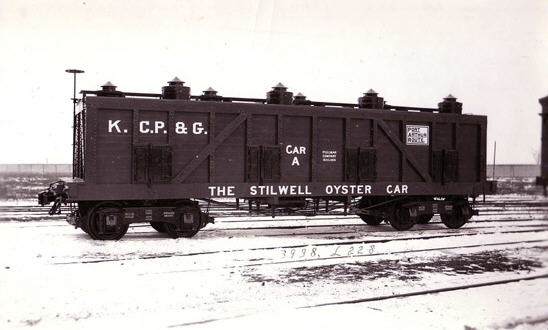 Why is livestock not transported via trains anymore?

Basically, meat processing facilities have been built near the farms, reducing the distance between the two, which eliminated  the need for long distance transportation, hence the train livestock transportation.
Combined with a more efficient infrastructure in highways and trucks, the need for trains for moving livestock has become non-existent.